For ILL NINO, first there was Revolution, Revolucion, which introduced the Latin-flavored sextet to the rock world. ILL NINO was something new, something different, and something spicy. With their explosive percussive elements and Spanish-guitar undertones, the band lent a much-needed worldly element to their aggressive rock assault. From the get-go, Ill Nino was something new, something different – their first single from Revolution, Revolucion, What Comes Around, was added early at K-ROCK New York, and with a video directed by Marcos Siega, the band was off and running. Now there is Confession, the next logical step in the bands burgeoning career. Once Confession hits the streets, there will be no looking back for ILL NINO, as they have struck an artful balance between memorable and menacing. 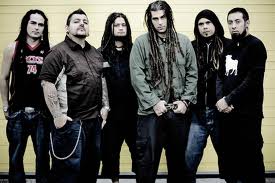 In the past two years ILL NINOs debut has exceeded 350,000 units worldwide in sales and the band has enjoyed highly successful stints on both the US and European 2002 Ozzfests, the 2002 Jagermeister Tour as well as touring with the likes of P.O.D., Drowning Pool and Static X. But it wasnt all smooth sailing, as the New Jersey group weathered some rather intense storms, including some member changes. Whereas lesser bands might have had a hard time with the adjustment, ILL NINO is a better band because of it, with their unique chemistry fully in tact.

Ultimately, through Confession, the real ILL NINO emerges. The heavily, percussive album is fuelled by the bands patented tropical percussion, soaring riffs, alternate English and Spanish language lyrics, and an appreciation for melody. Regarding its telling, open title, singer Cristian Machado says, the album is about coming clean with your thoughts, your past experiences, and within yourself. Its about telling the truth, not only to others, but also to yourself. 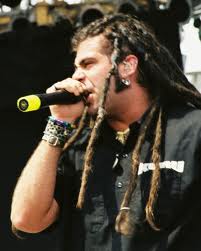 By their own admission, Confession takes ILL NINO to the next level. After spending two years on the road in support of Revolution, Revolucion, the band was exhausted, yet extremely motivated, to dive into the writing and recording processes for Confession. The band immediately started writing their new record in January 2003, hit the studio in April, and wrapped up in July, with barely any time off in between their last 2002 tour date and the recording process. Its clear that dedication to its craft is one of ILL NINOs strongest qualities.

Being on the road for two years helped the band gel musically and as friends, says Confession co-producer Chavarri. We were ready to come up with a brand new record that would take us to a new level. Machado finishes, This is definitely a more defined ILL NINO sound. The band is extremely confident that Confession will appeal to all audiences, including heavy metal headbangers and rock radio fans. Machado explains, The record is heavy and is everything ILL NINO fans want to hear.

Its also got everything a non ILL NINO fan would want to hear in a band: attitude, emotion, and aggression. Not every rock band out there can lay such a claim, but one listen to How Can I Live deftly illustrates ILL NINOs ability to stretch itself across many rock genres without ever spreading itself too thin.

During pre-production for Confession, ILL NINO parted ways with two members, but was blessed to hook up with former Machine Head guitarist Ahrue Luster, who was a friend of the band, to fill the vacant guitar spot, and Danny Couto, who jammed with guitarist Jardel Paisante in his pre-ILL NINO days, to fill the percussionist slot. But this departure had an even greater positive effect for both bassist Laz Pina and guitarist Jardel Paisante as it allowed them to grow and expand their position as the backbone of ILL NINO. While it might seem frightening to incorporate new members into the band on the eve of a new album, Chavarri admits that the new members bring a new fire, new energy to the band in every aspect. They are the perfect fit for ILL NINO. 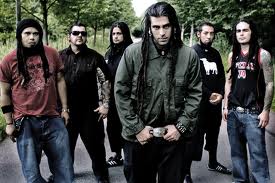 Confession was produced by Bob Marlette (Saliva, Black Sabbath) and is everything we want it to be, musically and spiritually, reveals Chavarri. The ferocious first single, How Can I Live, which was also the lead single from the Freddy Vs. Jason soundtrack, burrows its fangs into your memory with its unforgettable melody. Te Amo, I Hate You, says Machado, is about bipolar personalities in everyday life. Sometimes you dont always have the answers and the best decision is no decision. Life always balances itself out somehow. The tense Lifeless Life is ILL NINOs song about that safe refuge place in life that everyone has where they can run to get away from things bringing them down.

With Confession, ILL NINO are baring all for their fans. It is a telling and open musical statement from a band that is not afraid to expand the boundaries both sonically and geographically of heavy music. The band plans to bring their unique Revolution to even further corners of the world this time around. With an album as fine as Confession, that shouldnt be a problem.