Dota Tools : Enemy Click Detector is a terminal program that checks for enemy clicks in dota replays in conjunction with the Dota Replay Manager parser.

You specify the time you want to check enemy clicks up until and it displays it. It is good for checking for possible fog clicks before creeps spawn, I use it to check after every game I play.

Also there is an option to search for clicks for just one player, so if checking for fog clicks on a suspicious person, you can just use replayseeker to skip to the bits where they click on an enemy and see if the enemy is in fog or not.

A fairly simple program, but it makes checking for fog clicks much less time consuming and it’s good for catching people who fly under the radar.

How to USE, Please read carefully:

All the info on how to set it up and use it is in the ec_readme.txt file. You can also read a tutorial on how to use it by clicking the tutorial tab but i suggest you read the readme file as well.

2. Extract both into the same folder. 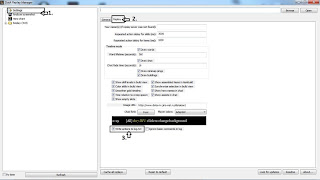 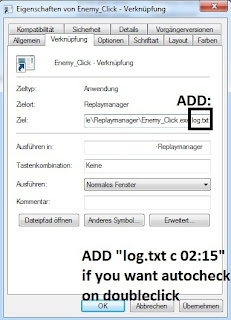 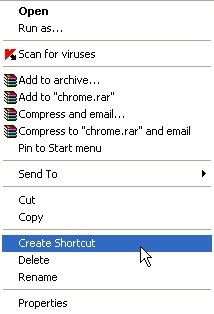 Open Replaymanager, select a replay.
Double click the shortcut of Enemy_click.exe (if you created one) 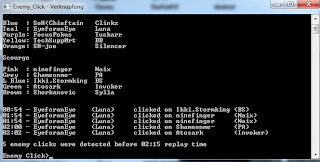 Found a hacker.
Get evidence: Look up all his clicks 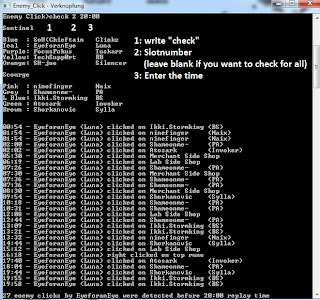 Go to Warcraft, watch him hack and optional make a printscreen.